Hey guys Chris here to tell you more about me from the beginning of it all with my online journey..

Firstly when i started learning marketing it began when i was producing hip hop and rnb beats/music using a software called FL Studio.. I really thought that that was what i really wanted to do with the rest of my life as a passion to generate an income with what i loved at that time..

Turned out that music was just the doorway as i was purchasing marketing courses that would teach me how to sell my beats back then.. Had i stayed that path fully committed to pushing beat sales online it would of eventually happened..

But what was holding me back was addiction to alcohol.. I want to bring these factual points up because there is a moral to the story i will get to in a little bit.. So being wasted or sleeping off a hangover 2/3rds the time i found myself spinning my wheels as it was impossible to gain momentum.

The momentum bolder kept rolling back over on me because of the past addiction.. In a nutshell it took me committing to treatment from a doctor to began to start building exponetial momentum.. It is that momentum that keeps me from ever going back to those old self destructing habits..

Back to the music.. The music started generateing me Adsense from Youtube revenue as that was my real taste of seeing how possible this stuff is.. After that I found that the music was turning into the interest being sparked up in affiliate marketing..

It was real appealing that i could sell other ppls products and leverage other entrepreneurs for income.. I remember the 1st program i was promoting at one time like it was yesterday.. It was a Ad Exchange network named AdVentures4U.com. The site ended up being a Ponzi scheme to where you invested in Ad packages and all you had to do was surf 10 sites a day.. I remembered it paid like 10% of what ever you invested and i fell for it..

Twards the end it was generating me $60 weekly and adsense got as high as $100 a month income. In the ponzi scheme i ended up lossing about $600 out of a little over $1k i invested.. The first time i got burned online.. Then i took a break only fixated on adsense income..

I knew it was possible to replace the job income with that alone but found that it took increadible numbers in traffic to make anything significant.. Then the Adsense took a turn as policies updated and ad revenue tanked..

Now that adsense was out the picture of a practical plan i turned to something called CPA witch stands for Cost Per Action or Cost Per Acquisition as my next pursuit.. Its was a program called Instant Payday Network where all i had to do is have people do trial offers and it paid a fixed commission depending on the offers i did for entry to the programs various payout levels.

That endevour only yeilded about $80 in all but remeber i was still suffering from addiction even during that.. That was actually at the time a promising opportunity but being i was always self sabotaging my own success the online income needle barely moved.. \

Fast forward to when then real breakthroughs happened back in August of 2017  I had finally found a way out of my alcohol addiction as real solid, practical, and concrete goals where finally put in place.. I knew that the drinking was stunning my growth as a digital entrepreneur.. After i bannished the spirits of alcohol that was when i was starting to take off online..

It was to the point i was making 1 to 3 sales a week. Some weeks where dry spells but never the less i seen the difference in work ethic, productivity, concentration, and a big increase of consistency in sales.. So why go back if im reaping the benefits of a clear mind this time around..

In all from beginning 2010 to now is how long ive been learning online marketing. The break out breakthrough from alcohol addiction is about 28 and half months from the time stamp of this blog post. It is that many months that the most consistency in sales has bumbed up and here i am today learning what it takes to get to the next level 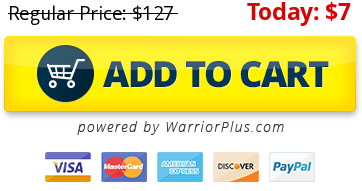